Consumer Right of Withdrawal in Distant Contracts in context of the Iranian, German and European Union Laws

Abbas Ghassemi-Hamed (Ph.D.)
Associate Professor of Private Law, Shahid Beheshti University, Tehran
&
Yasser Moeini-far
MA in Private Law, Shahid Beheshti University, Tehran
Abstract:
Amongst consumer contracts, those which due to advanced technology such as internet are entered into via electronic mediums and generally known as “distance contract”, by their very nature, that is, the party’s communication through virtual space, necessitates more protection from consumers vis-à-vis any other contract, because the consumer has no precise or exhaustive knowledge until delivery of the goods or services. Accordingly, Iranian Act of Electronic Commerce (1382 Hijri Shamsi) in Art.37 provides: “in distance contracts, the consumer may withdrawal from the contract at least within 7 working days without bearing any cost or liability thereof save as the cost for returning the goods”. This Article by recognizing the right of withdrawal which has been unprecedented in Fique and Iranian Law is a major step in protection of consumers in distance contracts. This Article is derived from 97/7 Consumer Protection in Distance Contracts Directive of European Council. According to this Article, in distance contracts, the consumer may at least within the space of 7 working days, withdrawal from the contract, and the only costs which will be charged to him/her is the direct cost of returning the goods. The European legislator, in 2011, adopted Consumer’s Rights Directive (CRD) which in comparison to 97/7 Directive contains more precise rules regarding the right of withdrawal. In German Law, the right of withdrawal used to be granted only in doorstep contracts. But pursuant to adoption of 97/7 Directive, multiple rights of withdrawal was recognized in relation to distance contracts. In fact, it is a general principle that there is right of withdrawal in all distant contracts but there are exceptions to this principle in the mentioned legal systems.
Keywords: consumer, supplier, electronic commerce, distance contracts, right of withdrawal.

Ali Saatchi
Ph.D. Student in Private Law, Shahid Beheshti University, Tehran
&
Mahdi Niaz-abadi
Ph.D. Student in Private Law, Shahid Beheshti University, Tehran
Abstract:
In some cases, according to change of contractual circumstances, if performance of contract for each party difficult or useless, by virtue of Hardship doctrine, the contract could be revised. This doctrine is a remarkable one in different legal system and usually be face with Challenges. Because firstly contrary to pacta sunt servanda, secondly there is not a clear definition in this situation. However, principles of international commercial contract (UPICC) render a definition about situation of Hardship and stated that when the occurrence of events fundamentally alters, the situation of hardship is Inevitable. So the question is arised that what issues is called fundamentally alters?  In this paper, by survey available theories and criterions about diagnosis of fundamentally alters, by comparative study in other legal system, we have determined appropriate criterion about fundamental alternatives.
Keywords: hardship, fundamental alternatives, common intention of parties, frustration of purpose, implied condition.

Saeed Haghani
Ph.D. student in private law, Shahid Beheshti University, Tehran,
&
Ehssan Jafar-khani
MA in Intellectual Property Law, Shahid Beheshti University, Tehran
Abstract:
Economic sanctions are one of the most utilized instruments in the contemporary political world. Their genesis and evolution has led to some outstanding issues in public international law. However, the effect of embargos on private contract has been ignored for a long time. Economic sanctions can impose two side-effects on contracts: first, in the case of previous embargos, existing at the time of conclusion of a contract, we face the question f validity of the contract. In the case of supervening embargos, passed after the conclusion of the contract, we should examine the occurrence of force majeure or hardship. This paper deals with both two said cases.
Keywords: economic sanctions, formation of contract, performance of contract, Force Majeure, nullity.

The Evolution of Civil Responsibility of Judges A Comparison Study on Iran, Islamic and French Law

Hadi Shabani Kandsari
Ph.D. Student in Private law, University of Tehran
Abstract:
The most important Iranian legal change on civil responsibility of judges is considering the government responsible against injurious judicial decisions especially after enacting criminal Islamic law and criminal procedure although the judge has faulted or is having malice. In this regard the government can refer to judge after compensation. Based on the rule, the injured can act against guilty judge. In addition, under article 17 of criminal Islamic law and principle 171 of constitution law, judges are responsible if they make fault. The necessity of obtaining the fault or mistake of judges is another important change predicted in the supervision on judges’ act. Predicting provincial and national commissions for compensation is of significant Iranian legal innovation although its regulation has not yet been enacted. However, enacted statutes and regulations in French law can be a very suitable pattern for providing this regulation.
Keywords: judges, civil responsibility, government responsibility, provincial and national commissions for compensation.

Navid Rahbar (Ph.D.)
Assistant Professor at Shahid Beheshti University, Tehran, Member of New York Bar Association, Member of Central Iranian Bar Association (Attorney at Law)
Abstract:
Although Alien Tort Statutes passed by the first Congress of the United States in 1789, after more than 220 years this law has been utilized and construed by the United States Federal Courts.  This law allows foreigners to raise disputes in the United States Federal Courts in case of violation of international treaties of the United States or law of nations which results in torts.  This Article aims at analyzing jurisdiction of courts to admit and hear cases pursuant to this law and to issue verdicts against multinational corporations.
Keywords: jurisdiction, Alien Tort Statutes, multinational companies, violation of treaties and law of nations.

Behazin Hasibi (Ph.D.)
Ph.D. in International Law, Advocate
Abstract:
Currently, the airplane is considered as one the most common vehicles for transferring people. Extensive use of this vehicle for many years has created a package of regulations and provisions in this field which is so-called “International Aviation Law”. This segment of law specifies the rights and liabilities of flight parties -passengers and carriers- and particularly establishes required protections of passengers against airlines.
Since scope of relation of international flights parties goes beyond the borders of one country, beside the international norms, reference to domestic laws of more than country is inevitable. Consequently, to find and apply the proper law (applicable law), the International aviation law is not the only source and for achieving other relevant laws, should be referred to international private law as well. This fact leads to reciprocal effects of these two fields (International Aviation Law and International private law) on each other.
This paper is intended to examine the above mentioned interaction emphasizing on practice of Iranian courts.
Keywords: International Private Law, International Aviation Law, applicable law, conflict of laws, contract, Warsaw Convention, carrier, damages, delay in transportation.
Previous Journal of Private Law – Number 3
Next Journal of Private Law – Number 5 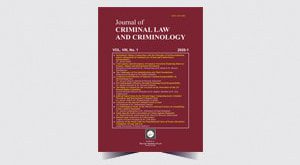